Bacon-wrapped jalapeno poppers are simple to make in the Ninja Foodi Grill or air fryer.

If you're at all like me, you look for an excuse to use the air fryer. Now that I've made this dish a few times in the Ninja Foodi Grill, it's been put on my menu's heavy rotation. 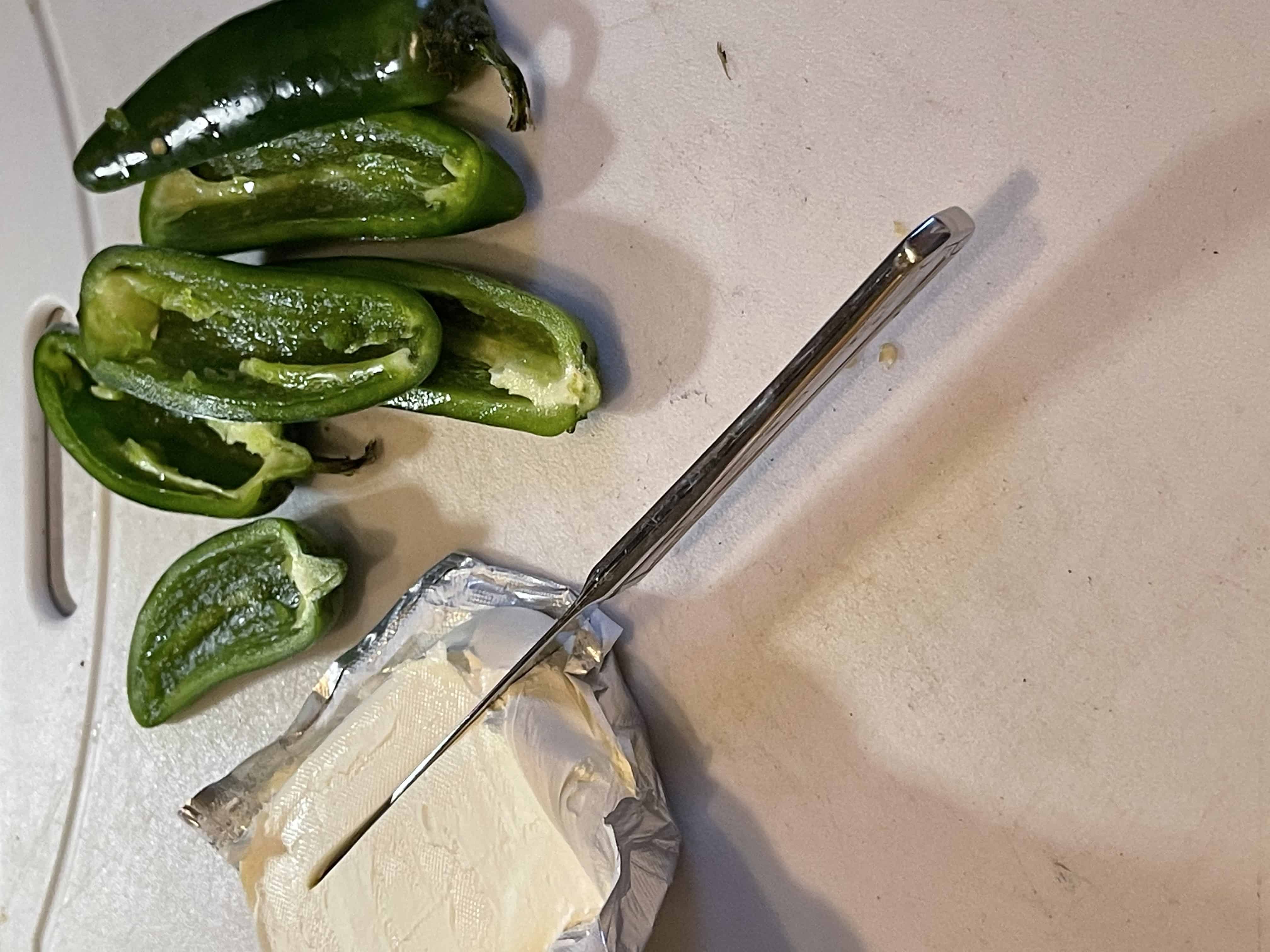 Most people consider the jalapeno poppers to be an appetizer or snack but they are quite hearty and can almost be a meal if served with a salad. There was a time when I'd sworn off all things jalapeno.

A friend of mine made a bacon-wrapped jalapeno poppers dish to show off his new dutch oven on a camping trip.

Ever since that day I've been hooked on these pepper poppers. 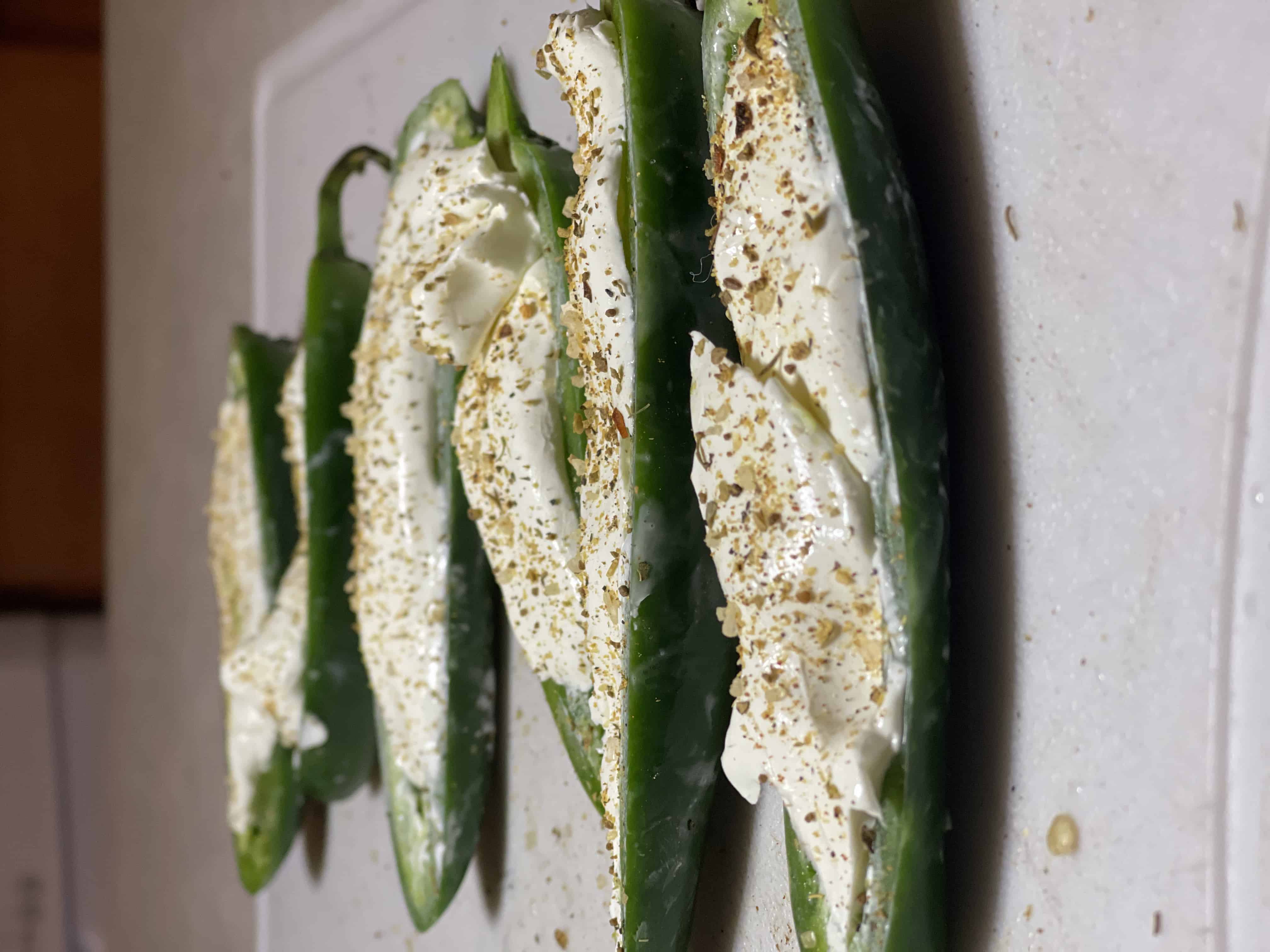 When you prepare the jalapenos, use a spoon to scoop out the capsaicin gland or the white veins that often have seeds clinging to them. The jalapeno pepper will often be far less spicy when these white ribs are removed. 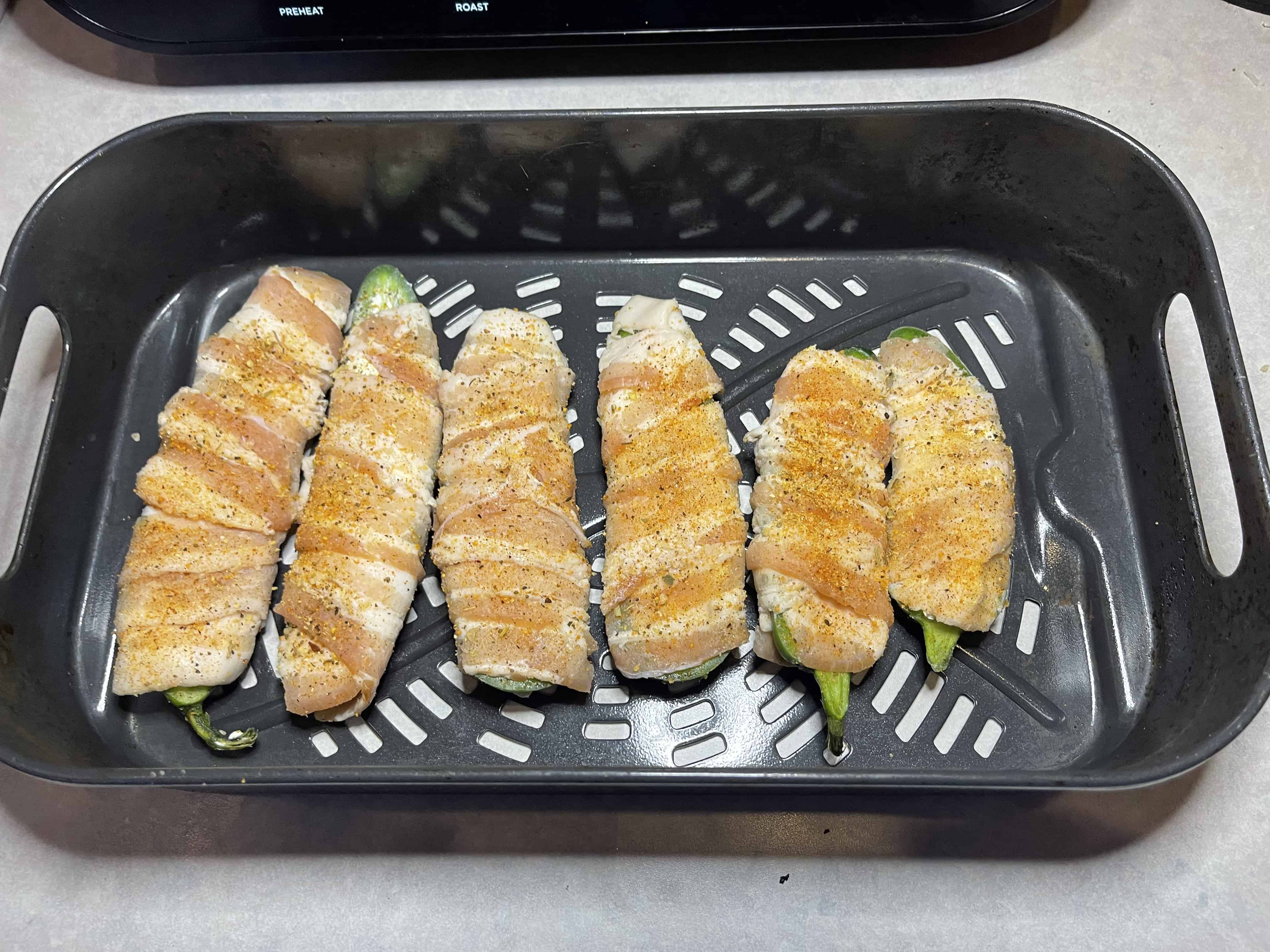 Can I make these jalapeno poppers ahead of time?

If you're having a party for the big game or using these poppers as an appetizer, they can most certainly be made up to one day ahead of time.

I suggest keeping them refrigerated and covered with plastic wrap and until you're ready to cook.

What else can I stuff inside a bacon-wrapped jalapeno popper?

If it fits inside the jalapeno and you can wrap bacon around it, it's fair game for stuffing the popper and cooking in your air fryer. Some of the most popular things to stuff a jalapeno with include:

I've even made Mexican Jalapeno Taco Boats using ground taco meat and some shredded cheese as a filling. It's a wonderful low carb dish that is delicious and satisfying. Paul Sidoriak
This simple-to-make dish is borderline irresistible and will quickly become a favorite for you to cook in your Ninja Foodi Grill or air fryer. The balance of spice from the jalapeno pepper with the creaminess of the cream cheese and salty bacon makes your mouth yearn for another bite.
4.78 from 9 votes
Print Recipe Pin Recipe
Prep Time 10 mins
Cook Time 10 mins
Additional Time 10 mins
Total Time 30 mins
Course Ninja Foodi Recipes
Cuisine Low Carb
Calories 540 kcal

Whenever you are handling jalapenos, it's always good practice to wear gloves as the peppers have oils that can adhere to your skin and make you very uncomfortable if you rub your eyes or other parts of your body. I suggest a disposable food prep glove that you can use and easily discard when done.