Most of us love pepper on just about anything we eat.

Oines is an entrepreneur and a foodie who couldn't handle the daily grind of how much effort it takes to get a sufficient amount of freshly cracked black pepper on his food.

He was seasoning a few steaks one time, and it literally took him 70 cranks with a standard household pepper grinder to get the meat seasoned.

About 65 more cranks than he had the patience for.

His frustration led him to invent The Pepper Cannon. A pepper grinder that's most likely from the future.

The Pepper Cannon clearly leaves any peppermill, rasp, or grinder I've used in the dust.

Most pepper nerds know that a typical pepper grinder can yield particles with a mesh size of 12-28. But with the Pepper Cannon, you can micron manage your grind from a coarse #8 for stocks or pickling liquids to the finest of size at over #60 mesh. Merely perfect for making sneezing powder and ruining your kid sister's sleepover with her dumb friends.

But if slipping Sally some sneezing powder's not your steez, Pepper Cannon can do much more than stimulate sternutation.

It's not just for pepper

Along with red, white, and green peppercorns, it will also make short work of coffee, cloves, coriander, fennel, and anise.

Although it has the ability to create the beginning of a coffee perfect pour-over or a brilliant blend of spices for braising, it's probably best to have one dedicated to peppercorns. Otherwise, your morning coffee might be a bit prickly on the palette.

Since I've started using the Pepper Cannon, I find myself enjoying pepper more than ever before. Dishes like this simple Korean beef bowl, or grilled Gochujang kebabs on the Kamado Joe simply taste better than ever before.

This grinder is literally the best thing that's happened to my spice cabinet since we got the memo it was safe and accepted to use MSG again.

Everything about it is built for speed.

If the Pepper Cannon by MÄNNKITCHEN is a glimpse of what's in store for the future of our spice cabinet, the future looks good. Real good!

Learn more about this and other offerings at the MÄNNKITCHEN website. 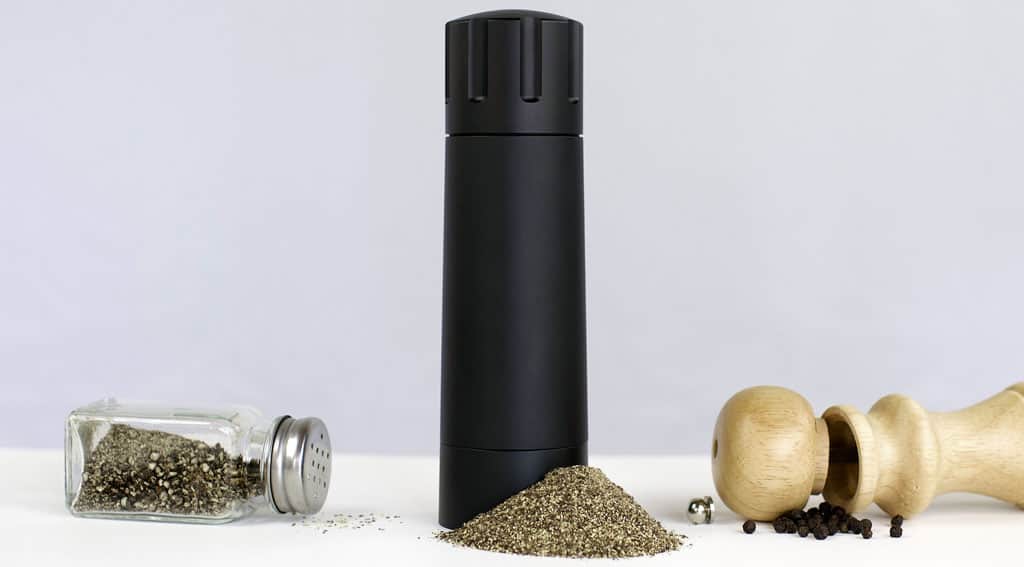